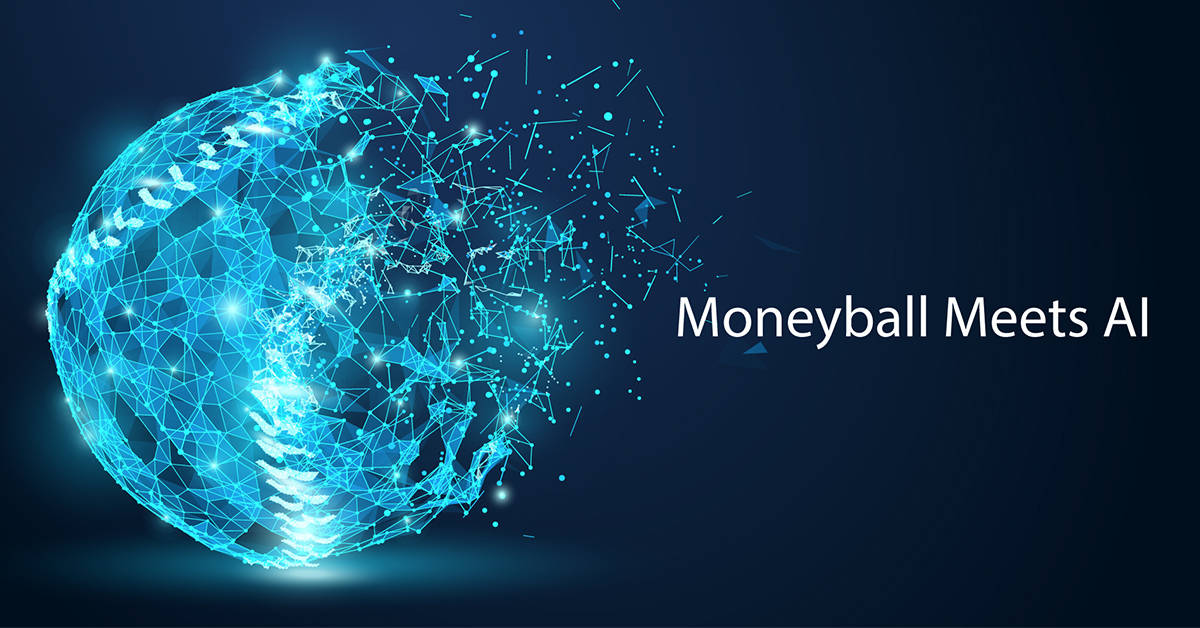 The book “Moneyball: The Art of Winning an Unfair Game“, describes how the Oakland Athletics General Manager, Billy Beane, used statistics and metrics over conventional wisdom to build a winning team. At Atrium, we aim to deploy concepts of “Moneyball” on a broad scale to the enterprise. The metaphor drawn from the story of Billy Beane and the 2002 Oakland A’s has a universal ‘get it’ factor with our customers and partners relative to Atrium’s mission. And with Major League Baseball spring training upon us, it seems fitting to revisit “Moneyball” as a perfectly timed corollary to interpret the market for machine learning and Systems of Intelligence.

The Situation
Moneyball gives us an interesting angle on forces that drive change in sports and how those same trends are portable to industry overall. The 2002 Oakland A’s were confronted with a daunting challenge: how do they compete with teams that have 3x-4x greater financial resources to acquire players? As with most of history, the greatest periods of innovation are characterized by environments where a sense of urgency drives the need for adaptation. The Oakland A’s were up against an environment where free agent payrolls were expanding exponentially and the war for baseball talent necessitated challenging the status quo. They could follow conventional rules of baseball and never be competitive or choose to adapt.

It’s fascinating to look at the groundswell of momentum around artificial intelligence (AI) and view the same dilemma faced by enterprises as experienced by the A’s in ‘Moneyball.’ The trending couldn’t be more clear or disruptive. First, data is growing at 60% compounded yearly and according to IDC will reach 175 Zettabytes by 2025. For reference, the entire internet in 2009 was equal to .5 Zettabytes. Second, and equally important, computing power is growing exponentially as enterprises migrate more workloads to the public cloud. In the same year (2025), IDC estimates 50% of the world’s data will live in a public cloud.1 Third, and most important, publications like The Economist project the value of augmented AI to reach $3 trillion across the global economy by 2021.2 Put those three trends together and it’s easy to see a future where AI reshapes the ‘game’ as it relates to conducting business over the next several years. Much like the Oakland A’s, some companies are going to exploit the opportunities and enjoy massive benefits, while others will watch as their competitive advantages fade away. Baseball has the luxury of rebirth every year, unfortunately, the mistakes companies will make related to AI adoption will not be as forgiving.

Leadership & the (Change) Haters
The Oakland A’s environment in 2002 was a necessary condition for innovation but required another piece of the puzzle: Leadership. One of the most powerful lessons from ‘Moneyball’ is the courage and confidence it took to challenge conventional wisdom. The conviction by Billy Beane in applying statistics-based approaches to valuing baseball players in non-traditional ways generated widespread scorn from his peers. Much like Billy Beane who faced an angry room of baseball scouts with a religion around ‘gut feel’, modern-day business leaders are met with the same structural resistance. Similar to the Oakland A’s, business leaders need to question conventional wisdom, invest in enabling technologies and lead their teams through change. Those blazing new trails with AI face a complicated challenge of questioning norms, educating internal stakeholders on technology areas that seem ‘black box’ and in some cases, introducing new paradigms that can threaten a comfortable means of existence.

It’s not surprising that the #1 factor to improve AI adoption is investing in human factors, not technology. Companies looking to make true progress on AI need to have the leadership in place to weather harsh criticism, but also implement an infrastructure that allows for successful change adoption that clearly articulates how AI can be trusted, better understood and additive. Unlike all of us in industry, Billy Beane had the luxury of implementing his plan with very few stakeholders.

“Baseball has the luxury of rebirth every year, unfortunately, the mistakes companies will make related to AI adoption will not be as forgiving.”

Clarity
Enterprises starting their journey with AI often struggle with a lack of clarity around understanding fundamental metrics that impact their business. Conventional metrics are well understood, but do they provide a clear window into real performance? Many times the need arises to redefine the lenses through which business performance is measured in order to implement actions that drive real impact. Major League Baseball had similar challenges with conventional wisdom and measurement around what was ‘thought’ to be the most impactful set of metrics that influence success in a given season. The beauty of the linkage between the story of Moneyball and Enterprise AI is the similarities shared by both in defining the common inputs of success. The Oakland A’s figured out a new statistical value system for which to evaluate the performance of players. This value system stripped out complexity and random chance to end up with a series of metrics that gave ultimate clarity around how to best impact their performance. The A’s landed on a formula of finding average fielders that got on base (regardless of style points). Enterprises need to develop the same statistical rigor and clarity around the variables that drive their own businesses.

The concepts of Moneyball (although dated) are some of the most relatable in describing the progression of AI in the enterprise. It’s fascinating to take a look at the sports industry, understand the implications that statistics and data now play across all major sports, and ask the question as to why hasn’t industry gone through the same magnitude of transformation? Maybe it’s because enterprises don’t face the yearly judgment of baseball with respect to clarity of results. Did you win or not? Did you make the playoffs or not? Goal attainment in industry is often less clear. While escaping yearly judgment may feel comfortable, the lack of clarity often diminishes the sense of urgency and creates complacency. The bad news is, those that continue to ignore the progression of data-driven principles applied to their core business, and not address the need to change will inevitably be forced to contend with non-traditional players coming into their space. Most companies broadly discuss the risk of someone “Uberizing” their industry, but feel that threat is distant/unknowable. The economics of the situation described above, make change inevitable. There are plenty of adversaries (both adjacent to you and out of left field) ready to take advantage of how easy it is to start-up businesses with global reach. The opportunities exploited by the 2002 Oakland A’s are out there in your industry, and it is both threatening and captivating as we all consider new ways to reimagine our business with data-driven principles fueled by machine learning.