The Race for Achievement: an Olympic Marathon Tableau Analysis 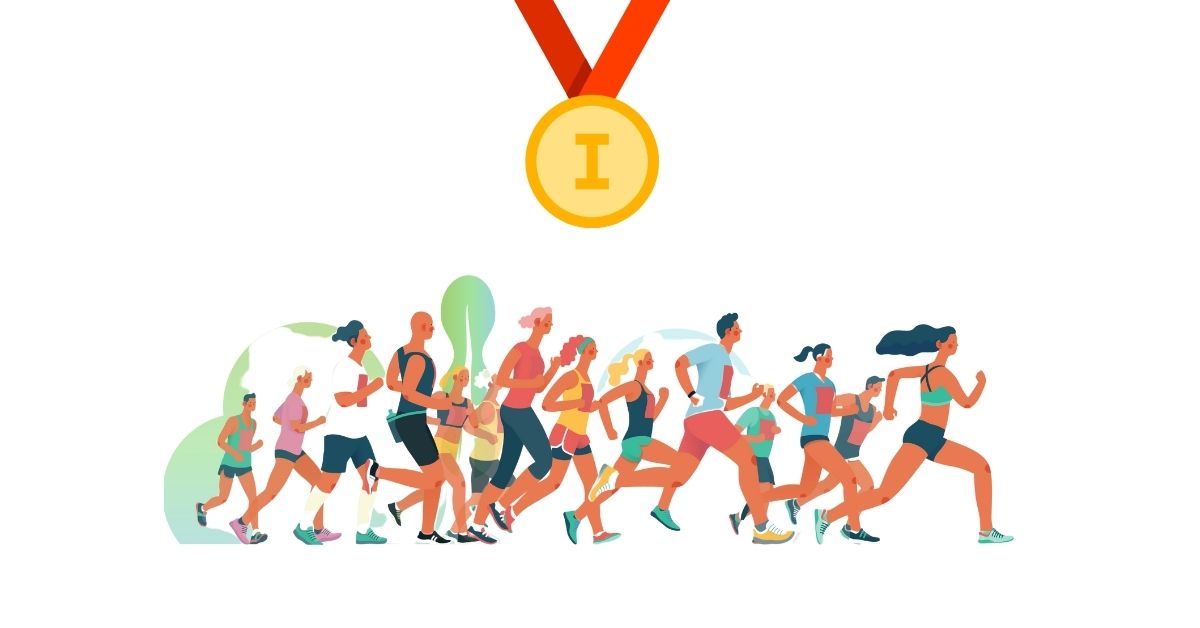 The marathon is one of the most popular and captivating events of the modern Olympics. Usually scheduled on the last day, it’s an exciting, drama-infusing climax to the Summer Games.

If I could choose one word that represents the spirit of the marathon, it would be achievement. As the legend goes, the first marathon is said to have been completed by a messenger named Pheidippides. In 490 BC, he ran from the Greek city of Marathon to Athens to deliver the news that the Athenian army had achieved victory over the invading Persians.

This relationship between achievement and marathons is prevalent even today. Simply completing a marathon is an achievement itself. Running 26.2 miles is impressive, regardless of the time it took to do it, but winning a marathon, especially an Olympic one, is the pinnacle of athletic achievement.

With the help of a few Tableau visualizations, this blog will highlight a few of these legendary Olympic Marathon achievements, whether it’s winning a gold medal while intoxicated, poisoned, and dehydrated (yes, all at the same time), or setting the world record running in bare feet. Every chart in this article is interactive, so feel free to click, tap, or mouse over any data point that interests you to learn more about it. Let’s jump right in. 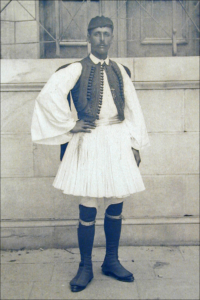 When reviving the ancient Greek Olympics in the mid 1890s, the modern Olympics’ founders wanted to pay homage to the old traditions as much as possible. This included hosting the first game in Athens, close to where it was held 2,000 years prior, and incorporating some of the same events, such as running, wrestling, and weightlifting.

However, even with these design considerations in place, the founders were still worried that they hadn’t marketed the event enough to the local Greek population and that spectator turnout would be low. A Frenchman named Michel Bréal suggested they add a “marathon” race, inspired by the ancient legend. Once the Greek fans heard about this new marathon competition, they were hooked, and excitement for the race and the games as a whole started to build.

The fervent Greek populace yearned for a hometown hero to win one of the many track and field events, but the Greek team continually came up short. Their fortunes changed in the marathon when Spyridon Louis, a Greek water currier, channeled Pheidippides’ effort on his way to winning the first ever Olympic marathon gold medal. That first marathon was so successful that the organizers decided to make it a permanent event.

Subsequent Olympic marathons proved that, at the time, it was hard enough just to complete the race, let alone win it. While the number of participants generally increased from 1896 to 1928 (see above), the percentage of runners that didn’t complete the race (DNF rate) continued to hold steady until roughly 1924 (see below).

The average dropout rate over the first seven Olympic Marathons was 48 percent, meaning it was pretty much a coin flip to determine whether or not you would even finish the race, let alone medal. At the 1904 Olympics in St. Louis, a mind boggling 56.25 percent of runners dropped out, the highest ever.

With such abandonment, you might be wondering if the 1904 St Louis Marathon was doomed to fail from the start… and you would be partially correct! Thomas Hicks’ winning time was 3:28:53, the slowest gold medal in marathon history, and the first for the United States. Here are a few factors that Hicks had to deal with that afternoon:

The chart below shows how slow Hick’s time really is. Each dot represents every men’s Olympic Marathon finishing time that we have data for since 1896. As you can see from the annotation, Hick’s time is the 24th slowest time ever run, and he still won a gold medal for it! If you want to learn more about the 1904 Marathon and the lunacy surrounding it, I highly recommend checking out this article/video by Jon Bois at SB Nation.

Emil Zátopek, the Personification of Grit 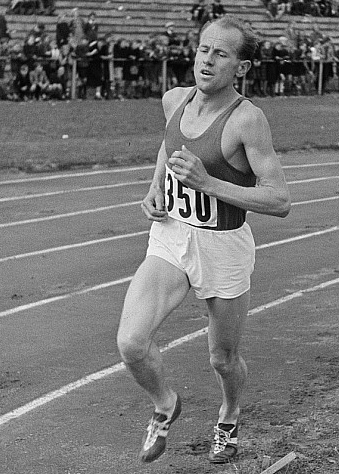 The official marathon distance was standardized at 26.22 miles in 1924. After the length was fixed, the DNF rate decreased, and races were more consistent.  Excluding 1924, gold medal times between 1920 and 1950 ranged from 2:29 to 2:34, a pretty close cluster considering that those times were run across three decades and five courses. This brings us to the 1952 marathon in Helsinki, where the world was introduced to another protagonist in the history of the marathon, Emil Zátopek.

Emil was born in 1922 in Kopřivnice, Czechia. He fell in love with running at the age of 16, when he began working for a local shoe factory. One day, his boss ordered him to run against several other factory boys wearing the shoes the factory produced. Despite Emil’s initial objections to the race, he eventually conceded and finished second. Motivated by the thrill of the competition, Emil began to take a serious interest in running, and began training officially.

Once he began organized workouts, Emil’s running times began to plummet. In 1944, four years after that first factory race, he broke the Czechoslovakian records for the 2,000, 3,000, and 5,000 meter distances. One thing that’s truly remarkable is that while Emil trained for and participated in these races, he also served as an officer in the Czechoslovak army, and participated in their training regiments as well. During this time period, Emil began popularizing interval training, a workout methodology that would go on to revolutionize endurance sports. Interval training involves a series of high-intensity efforts interspersed with short rest/relief periods. These workouts are grueling on the body, and take a high level of mental toughness and determination just to complete. Emil leaned into pain and adversity as much as possible, frequently doing 2-3 hour workouts in the snow with his army boots on. He even experimented with carrying his wife on his shoulders during some of the workouts.

This intense training led to Zátopek being not just the best runner in Czechoslovakia, but the best runner in the whole world. At the 1948 Olympics in London, he took home the gold medal in the 10,000 meter (6.2 miles) race and the silver medal in the 5,000 meter (3.1 miles) race. He continued perfecting his training methods and set multiple world records in various events. When the 1952 games rolled around, Zátopek not only won the 5,000 and the 10,000 meter races, but he also set Olympic records in both events. Despite this Herculean effort, Emil still felt relatively fresh, and wanted to make use of every ounce of form he had left. At the last minute, despite having never competed in one before, he decided to enter the marathon on the last day of the games.

The clear favorite in the 1952 Helsinki marathon was Englishman Jim Peters, who had set the world record a month prior to the games. When the race started, Emil was unsure what his strategy should be, so he decided to just follow Peters’ pace. The pair pulled ahead of the rest of the pack about halfway through the race. Zátopek, who was still trying to estimate if he was pushing hard enough, then asked Peters: “Jim, is this pace too fast?” Peters facetiously replied “No, it isn’t fast enough!”, even though Peters actually felt like the pace was sufficient, and was starting to show signs of fatigue. Zátopek, who did not know any better, took Peters for his word, and immediately cranked up the speed. Emil would then run alone all the way to the finish line, shattering the Olympic marathon record in the process. Peters never finished; he pulled out some miles later with cramps.

To this day, Zátopek is the only Olympian to have won the “triple crown” of long-distance running at the Olympics, winning the 5,000m, 10,000m, and the marathon. The chart below shows Zátopek’s time from that marathon, relative to every other marathon that had been recorded at the Olympics prior to 1952.

No Shoes? No Problem

One of the next legends to leave their mark on Olympic marathon history was Abebe Bikila. Born in Ethiopia in 1932, Abebe grew up poor. He enlisted in the Ethiopian Imperial Guard as soon as he entered adulthood, and regularly ran 12 miles to the city where he was stationed and back home. Eventually, a Swedish running coach employed by the Ethiopian government noticed Abebe’s potential and began training him using Zátopek’s interval training methods. Abebe progressed rapidly and qualified for the 1960 Rome Olympics.

When he arrived in Rome, Abebe purchased a new pair of running shoes that were unavailable to him in Ethiopia. However, after taking them on a test run, he realized they did not fit well and were starting to give him blisters. Consequently, Abebe decided to run the marathon barefoot despite the fact that the course included sections of hot Roman cobbles.

Halfway through the race, the field had narrowed down to Abebe and a runner from Morocco named Rhadi Ben Abdesselam. Every mile or so, one would surge and the other would be forced to dig deep and follow. With 500 meters left, as dusk began to settle in, Abebe began sprinting to the finish. Abdesselam was unable to match this final surge, and Abebe crossed the finish line alone in first place. Abebe ran an unbelievable time of 2:15:16, breaking both the world record and Zátopek’s Olympic record.

By winning the 1960 marathon, Abebe Bikila became the first Sub-Saharan African to win an Olympic gold medal and would usher the marathon into a new era of East African dominance. Abebe would go on to win the gold medal again at the 1964 Tokyo games, in shoes this time, clocking in at 2:12:11, breaking both the world record and the Olympic record yet again. The chart below highlight’s Abebe’s efforts relative to the aforementioned athletes.

Winning By the Skin of Your Teeth

The International Olympic Committee finally added the Women’s marathon as a Summer Games event in 1984. The first women’s marathon gold medalist was American Joan Benoit, who qualified for the race by winning the American marathon trials despite undergoing arthroscopic knee surgery just 17 days prior. Joan beat 2nd place by 86 seconds, which as it turns out, is a surprisingly significant time gap for the women’s race.

The Women’s Marathon has been extraordinarily competitive, especially when compared to the men’s race. In fact, when comparing the time gaps between 1st and 2nd place, the women’s event accounts for 5 of the 6 closest finishes of all time despite only being held 9 times against 28 men’s races. The chart below illustrates this.

Remember, these athletes suffer for hours before crossing the finish line. It’s absolutely incredible that some of these races come down to mere seconds. That just goes to show that athletes of this caliber have breathtaking mental toughness. Champions are able to take on that little bit of extra pain during the last mile to dig deep and pull through.

With the 2020 (now 2021) Tokyo Olympics under way, we are in for another treat from both marathon fields. In the men’s field, Kenyan Eliud Kipchoge, the defending champion and current world record holder with a time of 2:01:39, is the favorite to win. If he’s able to pull through, he’ll join Abebe Bikila as the only other champion to successfully defend their gold medal (Kipchoge won the marathon gold medal in Rio as well). For the women, look for either Brigid Kosgei (Kenya, current world record holder), Lonah Chemtai Salpeter (Israel), or Ruth Chepngetich (Kenya) to make a push for the podium. The women’s race is scheduled for August 7th and the men’s race for August 8th.

You can view every visual in this blog (and a few unused bonus ones) here. If this article has you interested in exploring your favorite Olympic event in Tableau, great! You can sign up for a Tableau free trial here and learn more about how to get started with Tableau here.

Wondering what you can achieve with your data? Get in touch with our experts!